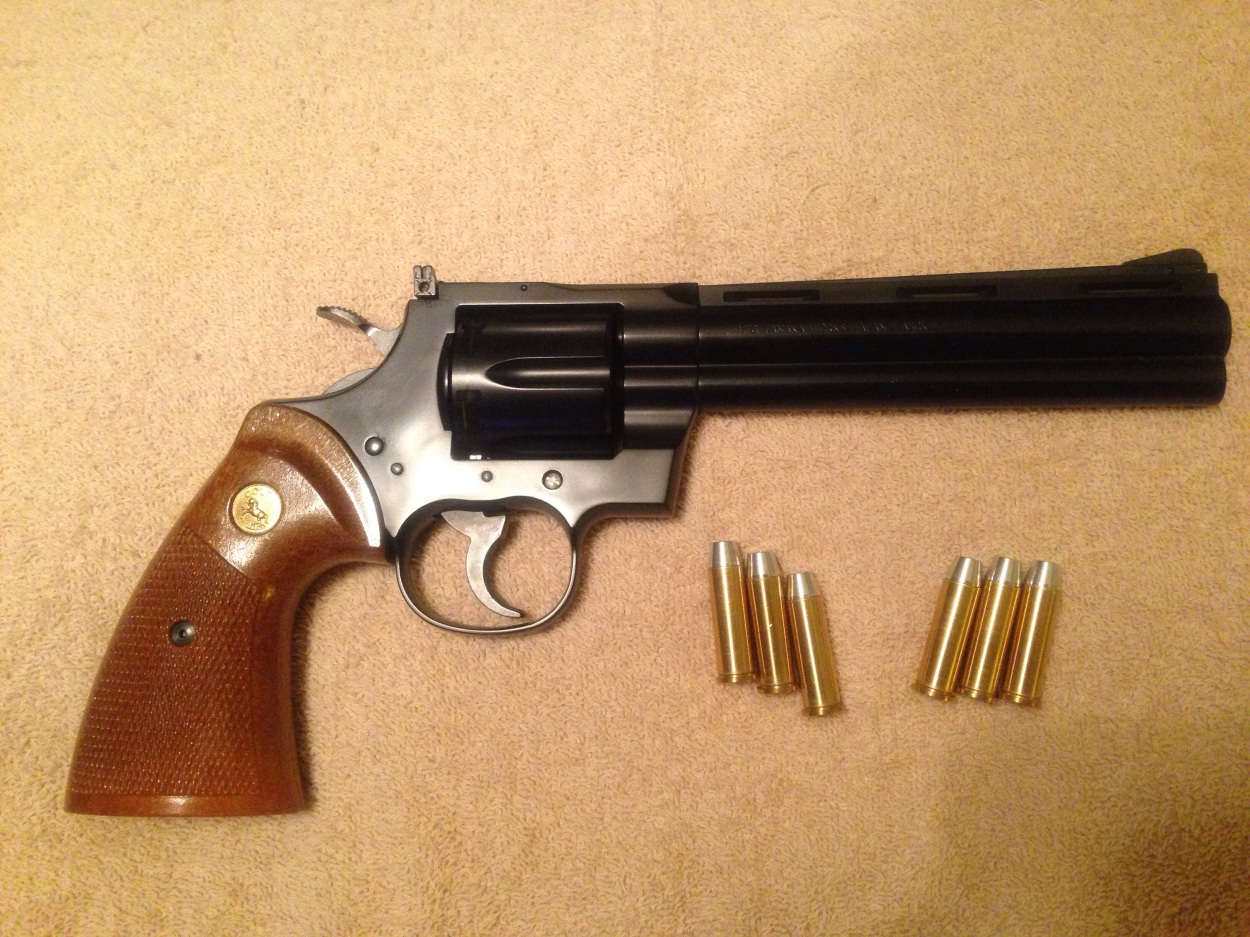 You will find out as you read more of my blogs that I am and always have been a Colt Python enthusiast. When I was a young kid I would visit my Grandfather and I remember vividly when he would show me his gun collection. Now he owned many rifles and only a couple handguns but they were the best you could buy at that time. Now he owned a Colt m1911 and  a Colt Python .357 in the deep royal blue finish. To this day it still remains, and I have seen many firearms in my time, the most beautiful revolver I have ever seen. The fit and finish of these handguns were unmatched at the time. Now I know there are Smith and Wesson fans and there are Colt fans and there are also both. In some instances you either love S&W and could care less for Colt and vice versa. But the Python was to me and many others such a bad-ass looking revolver and has over the years continued to hold its mystique as what it was once described as the”Rolls Royce” of revolvers. Now this is PFC model by Tanaka, PFC meaning plug fire cap. It is not an airsoft model but is designed to be a cap firing gun. When I got this it came with six realistic looking cartridges, you unscrew the bullet and insert a cap into the round and then re-insert the bullet. The revolver has a firing pin in the frame similar to an actual Colt Python and when you fire it the results are a loud report as well as some smoke and a bit of flame. When I got this I was a bit disappointed because compared to the Tanaka M29 I have it seemed too plasticky and light. Of course the M29 is a heavyweight model but I suppose I expected more because of the brand. And even though it’s a Tanaka model it seems a bit cheaply made for what I paid for it, about two hundred bucks, but it’s actually a nice collectable. The lock up is nice when you cock the hammer and it is a dead-on replica of a Python but I would have to say I over payed for this one. But it’s a Colt Python replica and as I said, I’m a fan. I don’t know if you can find these anymore, I haven’t seen them as I have had this one for several years. Tanaka seems to produce certain models for a time and then discontinue them. It’s not a bad piece but I feel worth about half what I paid. You just don’t know sometimes.